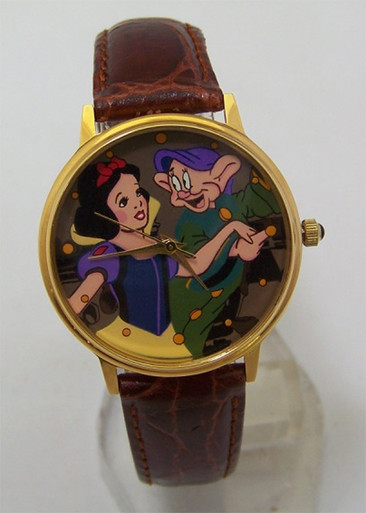 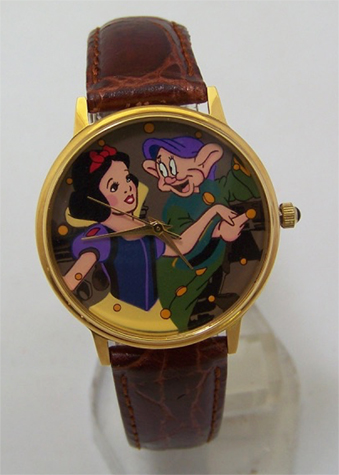 ONE ONLY! and listed on multiple sites. It will be pulled from all sites when purchased. 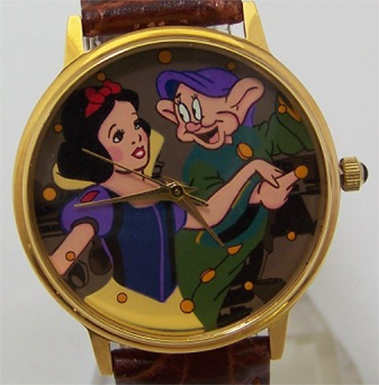 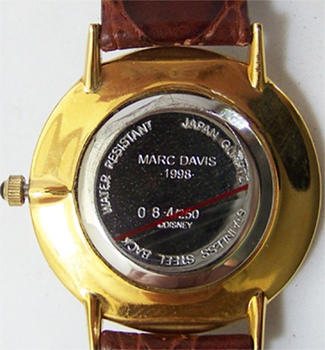 Snow White and the Seven Dwarfs collectors watch, released in a limited number of 250 total in a tribute to Marc Davis, famed Disney animator, as part of a birthday celebration in 1998 to commemorate his 63rd year as a Disney animator. Marc Davis passed away in 2000. This is a rare find in new unworn working condition, with new battery installed. The plastic protective seal is on the watch face and back. You are purchasing the one shown here in these photos, #084 of 250.

The watch face features a spectacular artistic color image of Snow White and Dopey in a gold tone case and bezel.  Three hand analog Japanese Quartz movement, Case diameter: 32 mm, thick brown leather band 16 mm, water resistant, stainless steel back. The watch size is more suited to a female but is valued for display by any collector and is listed as a unisex collectible.