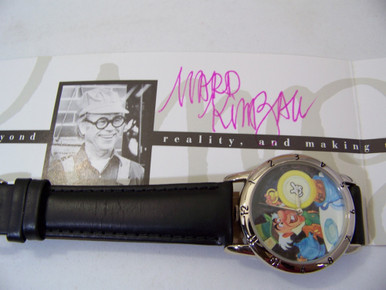 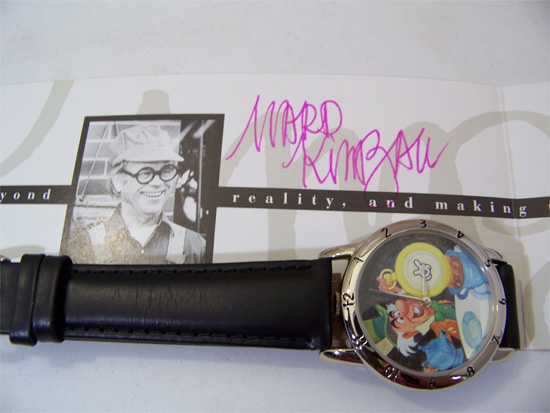 We have only two with Ward Kimball Autograph - and listed on multiple sites. It will be pulled from all sites once paid for. 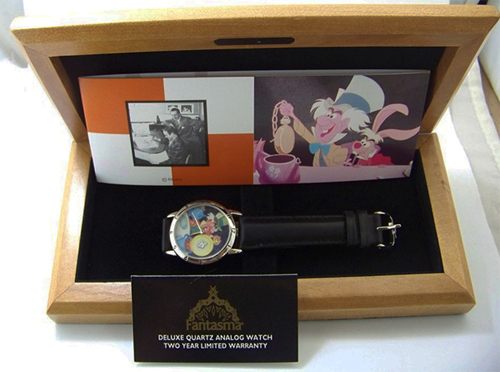 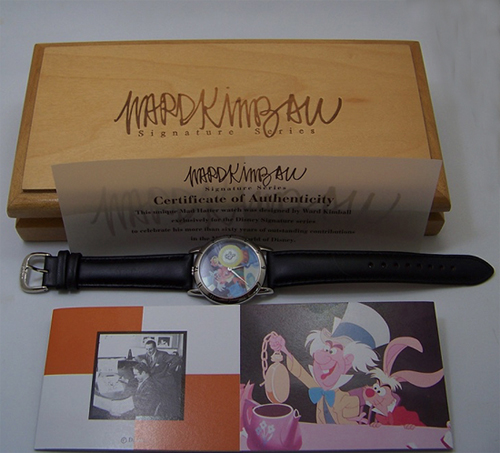 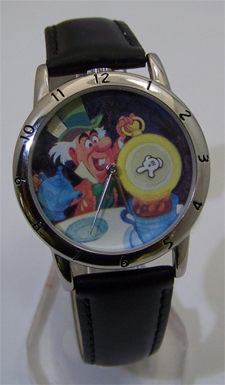 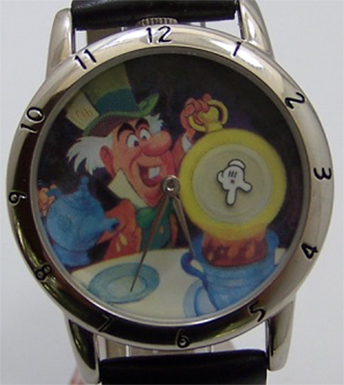 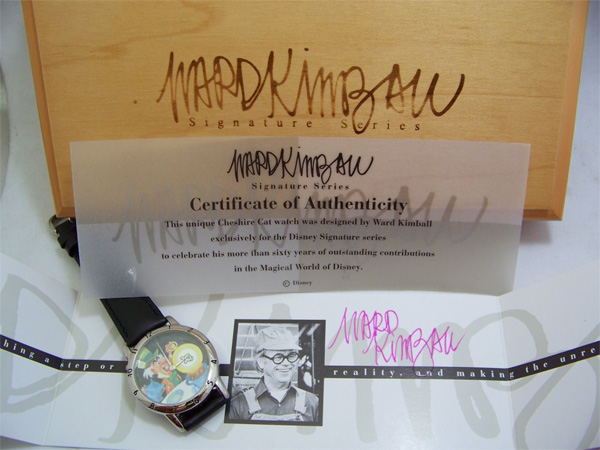 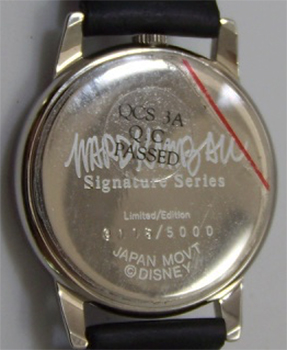 Unworn, working sold out collectible with Case and paperwork.

The Mad Hatter Watch offered here features the work of Ward Kimball.  This watch face features a spectacular artistic color image of the Mad Hatter from Disney's Alice in Wonderland. The Mad Hatter is holding his famous clock  from his Tea Party, which has a rotating hand that serves as the wristwatch second hand. Three hand analog Japanese Quartz movement, silver tone case diameter: 32 mm, black leather band 18mm, mineral crystal. This watch has an animator's bio pamphlet autographed by Ward Kimball. The set also includes Certificate of Authenticity as shown in the photos.

Distributed by Walt Disney The Disney Signature series highlights the work of Disney's all time greatest artists. The watches presented are designed by those artists and feature well known characters and scenes from their careers. The watches are displayed in beautiful hard wood boxes with the artists signatures burned into the lid. Also included is a certificate of authenticity and a pamphlet that shows photos of the artists and describes their history and contribution to Disney audiences the world over.

About the animator Ward Kimball:Ward Kimball (1914 – 2002) started his 60 plus years of animation with Walt Disney on April Fool's day in 1934. In addition to the Mad Hatter, Ward also created the Cheshire Cat, the Crows in Dumbo, Tweedledee and Tweedledum, Jiminy Cricket and Pinocchio and many others. He was also a renowned jazz Trombonist. He was one of Disneys famed "Nine Old Men" the core animators of Disney animated films (that include among others: Ollie Johnson and Frank Thomas) and was revered for his knowledge and understanding of visual aesthetics. His fascination with electric trains was the inspiration for the Disneyland Railroad, with one of the engines Ward Kimball engine #5 being named after him.

Elsewhere we have an Unsigned version of the Mad Hatter Signature set for a substantial savings.