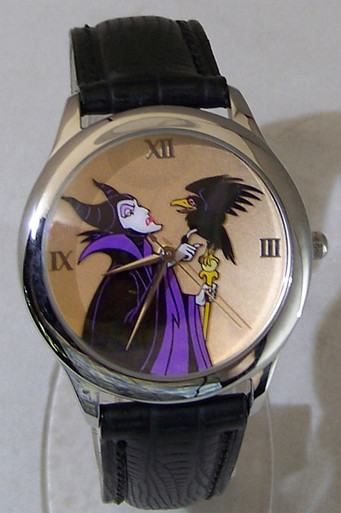 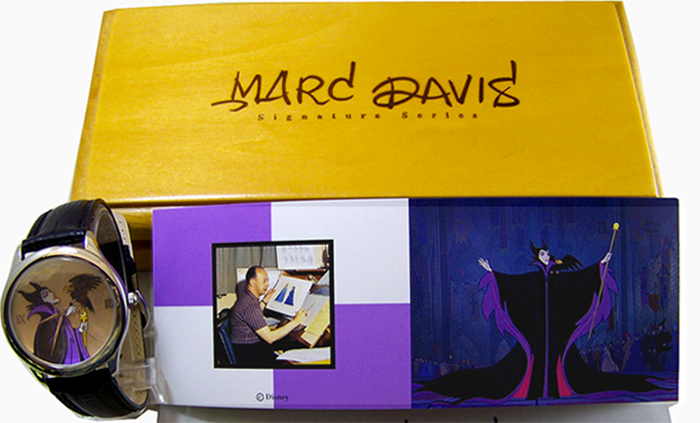 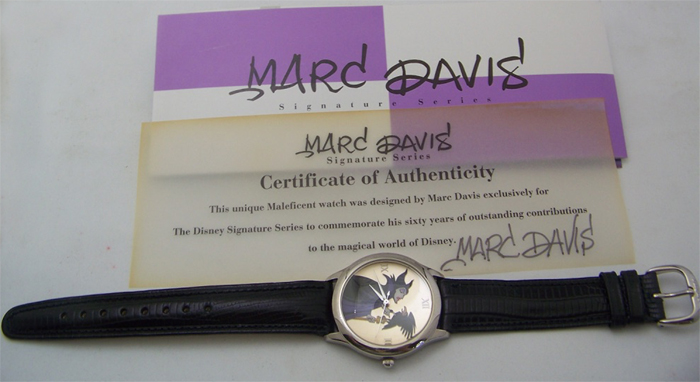 Note the 2 signatures on the CofA: The printed one up top and personal autograph on the bottom. 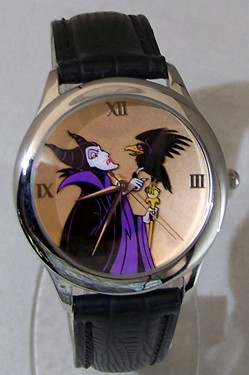 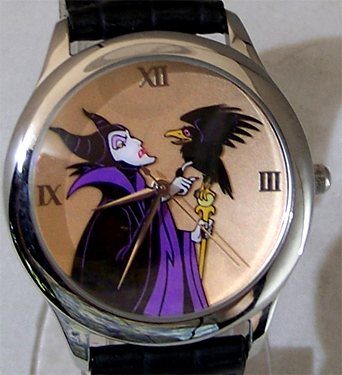 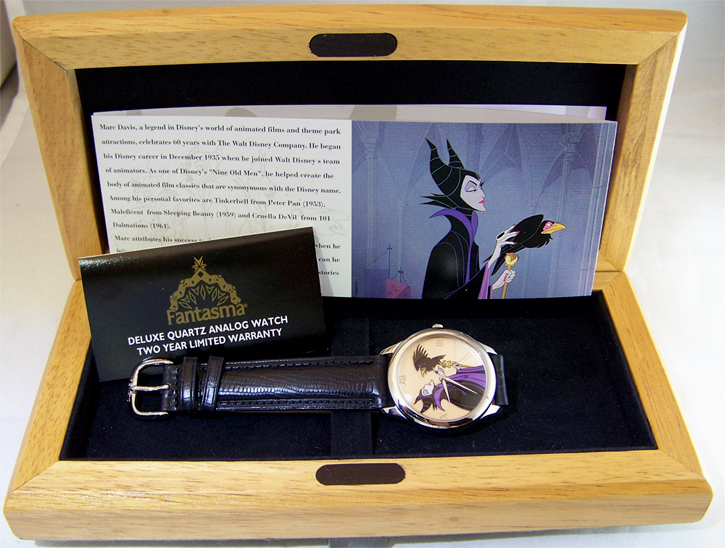 The Maleficent watch offered here is a tribute to Marc Davis, famed Disney animator, and was released in 1995 to commemorate his 60th year as a Disney animator. Marc Davis, who personally autographed the Certificate of Authenticity in this set, passed away in 2000.  The watch features a spectacular artistic color pose of Maleficent from the Disney animated movie Sleeping Beauty with her Raven, Diablo. A rare domed crystal enhances the image. This is a Special sold out numbered limited edition collectible watch. In new, unworn, working condition, with the animators etched signature on the wood box and actual signature on the CofA.  Three hand analog Japanese Quartz movement, Case diameter: 34 mm, black leather band 18 mm, domed mineral crystal for enhanced visual effect. Disney also released a recent movie called Maleficient that focus's on this evil character's story.

Distributed by Walt Disney The Disney Signature series highlights the work of Disney's all time greatest artists. The watches presented are designed by those artists and feature well known characters and scenes from their careers. The watches are displayed in beautiful hard wood boxes with the artists signatures burned into the lids. Also included is a certificate of authenticity and a pamphlet that shows photos of the artists and describes their history and contribution to Disney audiences the world over.  This is a one of a numbered Limited edition of 5000.